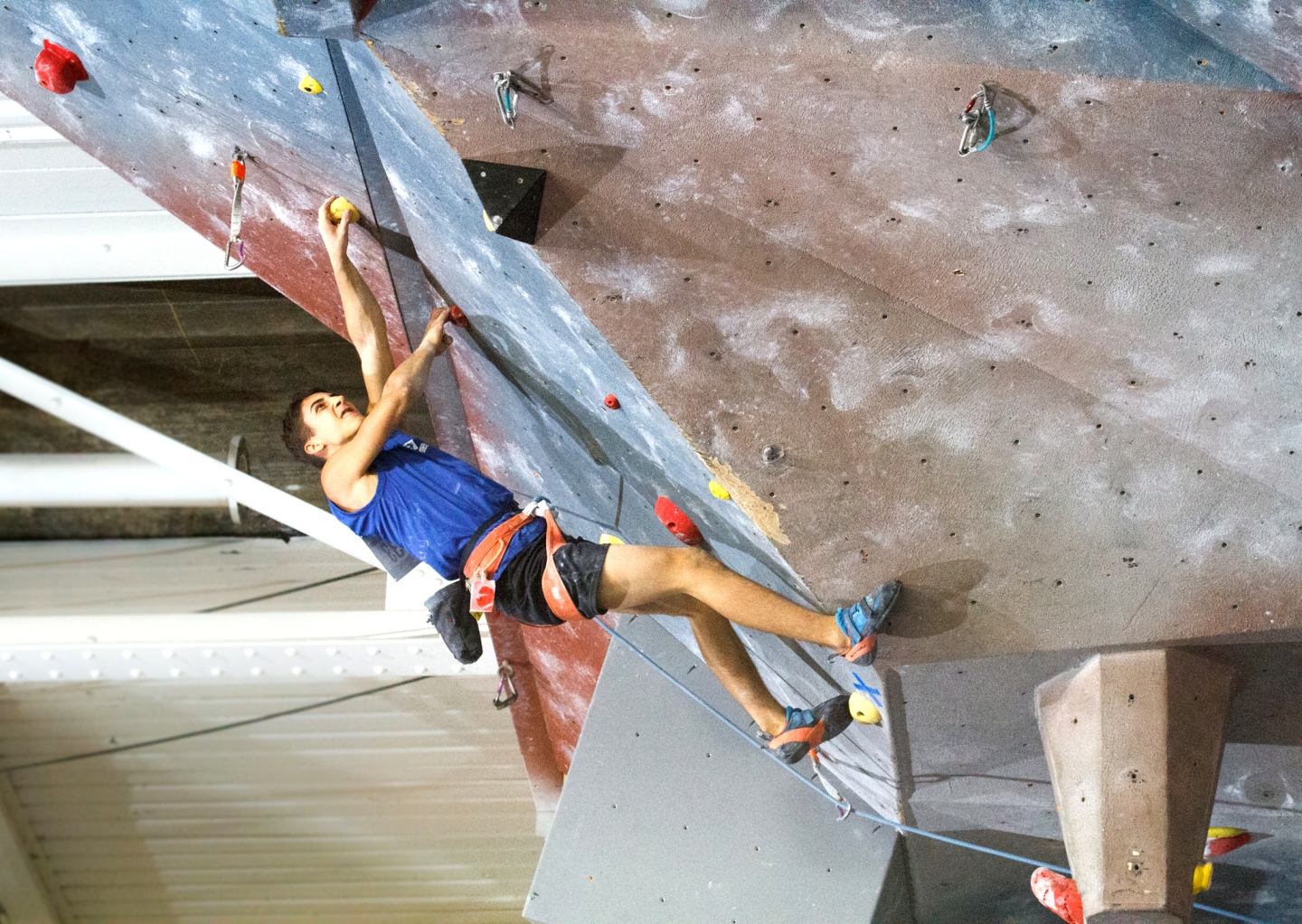 Author: B. Shea | Year: 2018
Summary/Results: The author explored the relationship of balance and active range of motion in 18 adults using a type of lower body-reach test to measure ankle and hip stability and an angle measurement tool to measure range of motion. More experienced climbers had greater ability to reach, but only in what equates to a step-through with the hip turned into the wall and a reverse flag. Ranges of motion did not appear to be differentiated across climbing or non-climbing groups other than hip flexion being greater in experienced climbers than novice climbers, but similar to controls.
Reference: Thesis, Humboldt State University, Theses and projects. 203. July, 2018
https://digitalcommons.humboldt.edu/etd/203/

Determining the Impact of Anthropometric Factors on Rock Climbing Performance

AUTHOR: R. T. Mitchell | Year: 2017
SUMMARY/RESULTS:  The authors collected anthropometric information and had 14 recreational climbers climb three different rock walls (easy, medium, hard) which were measured for average distance achieved and total attempts made and then correlated to anthropometric data (age, height, weight, % fat, BMI) as well as tests for push-up, sit-up, pull-up, vertical jump ability and sit/reach ability.  While BMI was the best predictor of climbing, this analysis shows that different attributes mattered differently based on the difficulty of the wall.  While the easy wall was considered too easy to draw conclusions, the medium wall was associated with general fitness like vertical jump, percent fat, and age, but with the hard wall, age was the most significant factor.
REFERENCE: MSU Graduate Theses. 2970. 2017
http://bearworks.missouristate.edu/cgi/viewcontent.cgi?article=3971&context=theses

AUTHOR: Shannon M. Kiehl | Year: 2016
SUMMARY/RESULTS:  Researcher measured 16 different variables in 25 male and female climbers and tested them on a climb which increased in difficulty from 5.6 to 5.13 to determine which variables predicted performance in climbers. The researchers found 6 of the 16 variables explained 85.1% of performance, in the following order from strongest to weakest: upper-body power, handgrip strength, balance, pincer strength, body fat percentage, and pincer endurance. Beta-Angel note: of interest is that the descriptors (e.g. upper-body power vs. upper-body endurance) test very different things (e.g. throwing a medicine ball vs. hanging in bent arm) and should be read in-depth. Also, starting on page 75 is a great table on the 16 variables and how they correlate with one another.
REFERENCE: University of Central Missouri – December 2016 – Master of Science in the Department of Nutrition and Kinesiology
http://centralspace.ucmo.edu/bitstream/handle/123456789/495/Kiehl_Thesis.pdf?sequence=1

AUTHOR: D. Orth | Year: 2016
SUMMARY/RESULTS:  Researcher looked at how to acquire skill in climbing by increasing the multitude of ways for a climber to perform positively within the environment they encounter. Specifically, the author suggests that encouraging the variability in movement behavior toward a specific (and complex) goal could increase performance by changing the parameters under which climbers try to achieve the goal, such as manipulating the distance or direction to the hold, or encouraging “spontaneous exploration” of movement writ large. Beta-Angel note: Any way I summarize this paper is going to need-fully or needlessly butcher its complexity depending on your perspective. A very interesting paper with dense language. Good luck.
REFERENCE: Thesis from QUT and the University of Rouen
https://eprints.qut.edu.au/94003/4/Dominic_Orth_Thesis.pdf

The effect of magnesium carbonate (chalk) on geometric entropy, force, and electromyography during rock climbing

AUTHOR: M. A. Kilgas | Year: 2015
SUMMARY/RESULTS:  The researcher looked at the effect of chalk by testing 19 recreational male and female climbers on a climb both with and without chalk and measuring several indicators of performance in rock climbing, including geometric entropy (defined as movement of the center of mass from an ‘ideal’ trajectory for the route), the amount of friction on the holds, the ratio of force between the hand and foot, and muscle electricity. The author did not find a difference between the climbs on friction, the hand foot force ratio, or muscle electricity, but climbers were able to hold on longer.
REFERENCE: Kilas, Matt A., All NMU Master’s Theses. Paper 50 (2015).
http://commons.nmu.edu/cgi/viewcontent.cgi?article=1056&context=theses

AUTHOR: C. J. Low | Year: 2005
SUMMARY/RESULTS:  The author defined three foot techniques using the inside, outside, and front of the foot and their use on overhanging terrain, specifically during the positioning prior to, and reaching for, the next hold. While noting that competition climbers use all three techniques, there was a higher likelihood of using the outside edge technique, which is consistent with non-research literature. That being said, each of the different techniques was more or less demanding during different phases of the reach, suggesting that there are pros and cons to each. Although requiring more demands on the climber during the preparation phase, use of the outside edge of the foot was found to be less taxing on both the posture and energy requirements of the climber. Additionally, the author notes that when the hold is outside the reach of the climber, using the front or inside edge of the foot may be more conducive to jumping for the next hold.
REFERENCE: PhD dissertation, University of Leeds, School of Sport and Exercise Sciences, June 2005.
http://etheses.whiterose.ac.uk/5391/1/418786.pdf

A comparison of training methods for enhancing climbing performance

AUTHOR: R. Slaugh | Year: 1998
SUMMARY/RESULTS: The author measured the effect of gender and performance success in climber’s center of mass, and the displacement of the hand while grabbing, based on distance, speed, and the change in speed. Due to the low number of climbers being studied, no statistically significant differences were identified – as a result, the following conclusions are based on identifying practical significance through an analysis of “size” of the difference between climbers, rather than the number of climbers being analyzed. The data on the women suggested the top performers made very quick, precise horizontal movements, and less precise but powerful vertical movements, and although larger, these conclusions held for the men as well even while the men had a shorter center of mass displacement than the females and the faster speed in the vertical direction while slower in the horizontal direction. The authors suggested that excessive vertical center of mass displacement was inefficient, while controlled horizontal adjustments were used to facilitate grabbing of the hold.
REFERENCE: All Graduate Theses and issertations. Paper 3407. 1998
http://digitalcommons.usu.edu/cgi/viewcontent.cgi?article=4419&context=etd