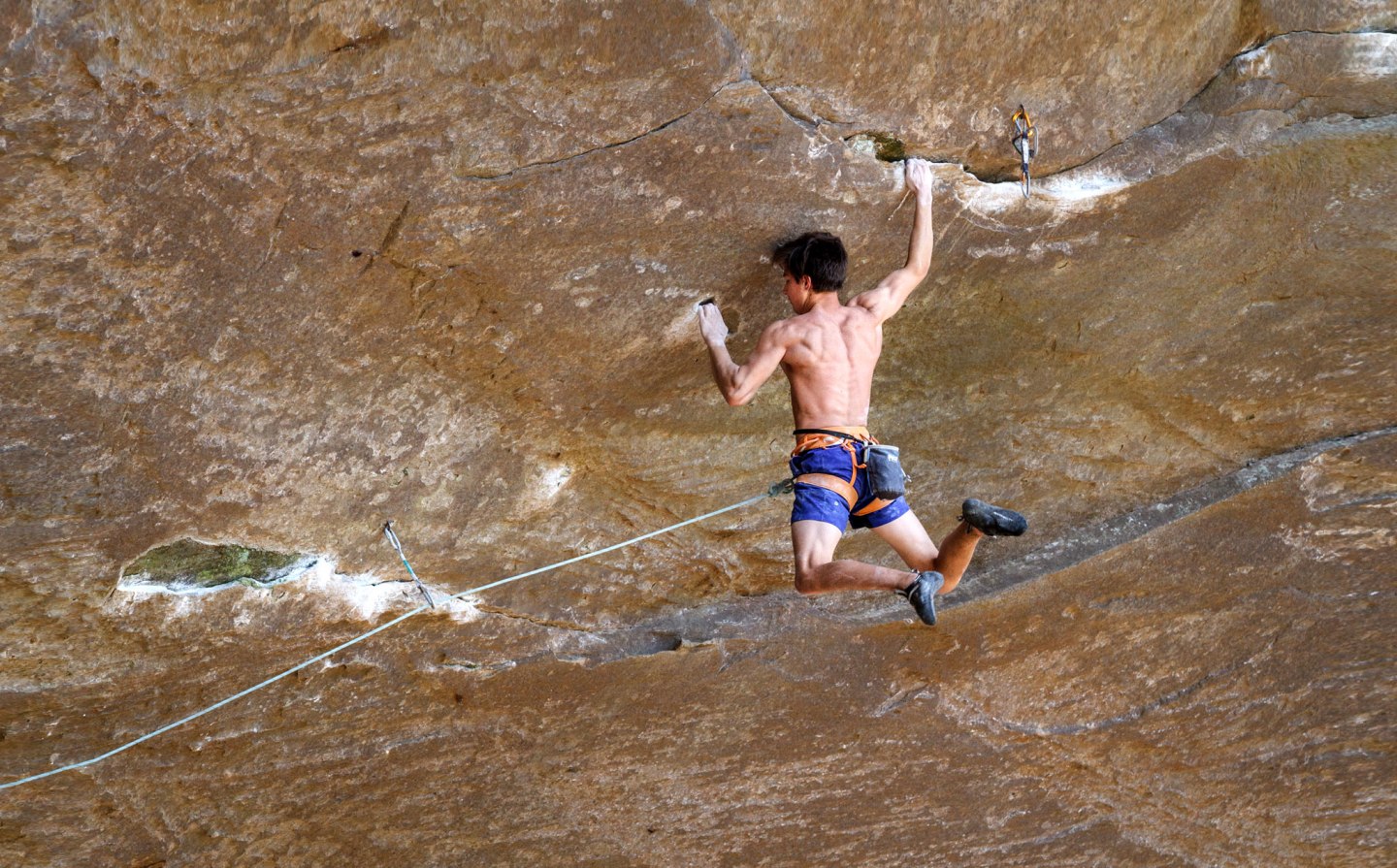 Connective tissue adaptations in the fingers of performance sport climbers

AUTHORS: T. Schrieber, P. Allenspach, B. Seifert, A. Schweizer | Year: 2015
SUMMARY/RESULTS: Researchers tested whether (at least) 15 years of climbing produces adaptation in climber fingers by measuring the thickness of different tendons in 51 males broken up into a group of climbers and a group of non-climbers. Researchers found that significant adaptation occurred in the flexor tendon pulleys (A2, A4) which wrap around the bone on either side of the second (PIP) joint, as well as the joint capsule (which seals the joint space and holds the joint together) at the closest knuckle (DIP) joint to the tip of the finger.
REFERENCE: Eur J Sport Sci. 2015;15(8):696-702
https://www.ncbi.nlm.nih.gov/pubmed/26267120

Estimation of hand and wrist muscle capacities in rock climbers

AUTHORS: L Vigouroux, B Goislard de Monsabert, E Berton | Year: 2015
SUMMARY/RESULTS: Researchers tested five different muscles within the hand and wrist of 9 male and 3 female climbers and compared them to non-climbers. The major difference was identified in the finger flexors of rock climbers, which were 37.1% greater than those of non-climbers. The finger extensor muscles (an antagonist muscle to the finger flexors, which means they have a contract and relax relationship) on the other hand showed no difference with non-climbers, suggesting a discrepancy which may be both potential danger and possible training opportunity.
REFERENCE: Eur J Appl Physiol. 2015 May;115(5):947-57
https://www.ncbi.nlm.nih.gov/pubmed/25515018

Authors: EKL Wong, GYF Ng | Year: 2009
Summary/Results: The researchers compared the muscles required to do internal vs. external rotation of the shoulder in a group of 31 climbers with a group of 27 non-climbers in order to determine whether there were significant differences in climbers.  Climbers have significantly better internal rotation compared to their external rotation as compared against the non-climbers, whose scores were similar for both, suggesting climbers may have an unstable shoulder.  Beta Angel note: it’s important to note that the authors don’t necessarily assume that this leads to injury, but suggest it as a direction for future research.
Reference: J Athl Train. 2009 Sep-Oct; 44(5): 527–530
https://www.ncbi.nlm.nih.gov/pmc/articles/PMC2742463/