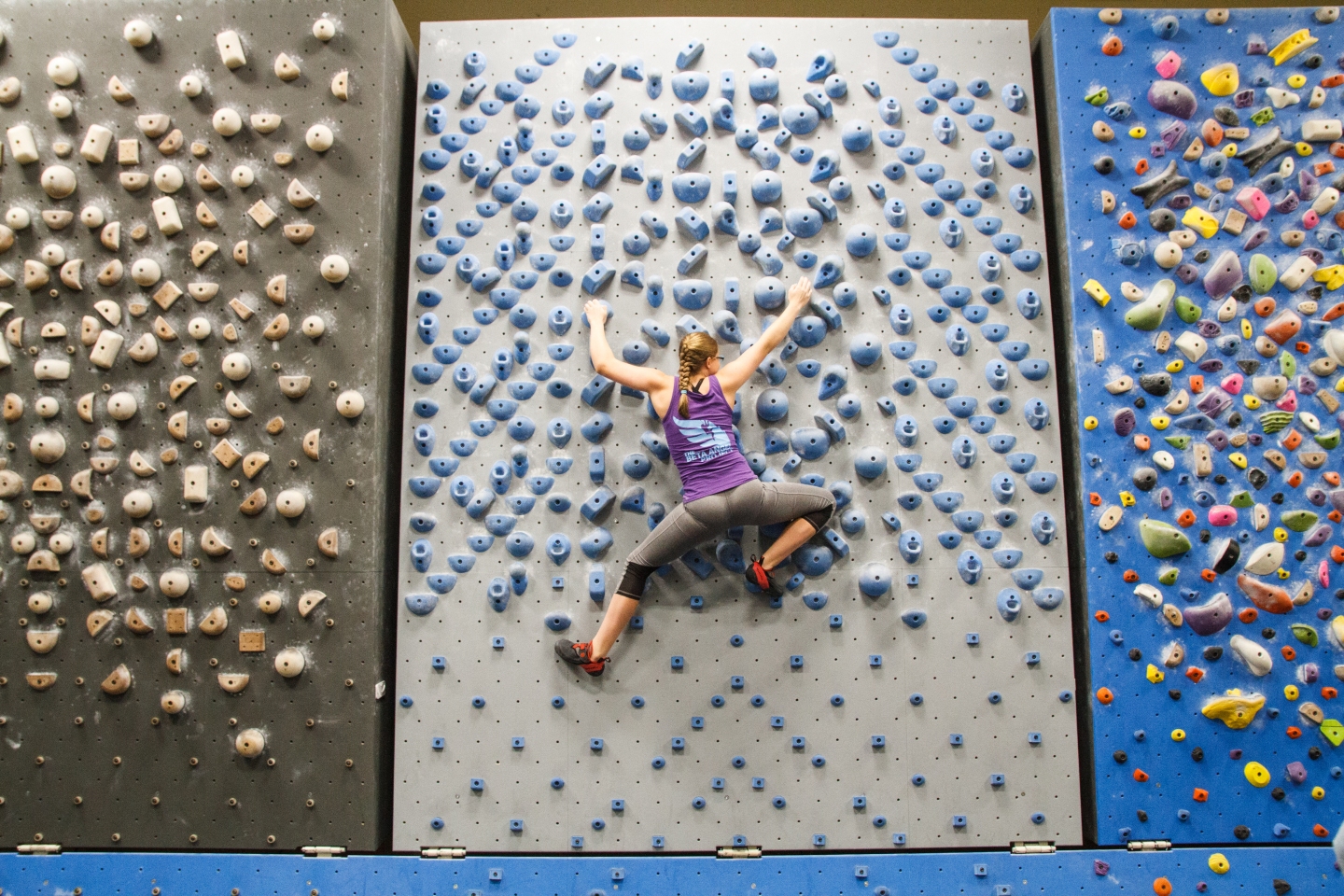 When teaching the “system move”, I never hand the graphic to students without a significant amount of explanation and practice. The “system move” graphic is not meant to be understood in isolation. Read on for a more in-depth understanding. For the most technical explanation of the move and its training, please read Rob Mulligan’s posts on system training. Or work with Chad Gilbert or Paul Dusatko – two phenomenal coaches who introduced me to the “art of the possible.” Much of my post is an intentional over-simplification in order to provide a practical lens to a complicated idea. 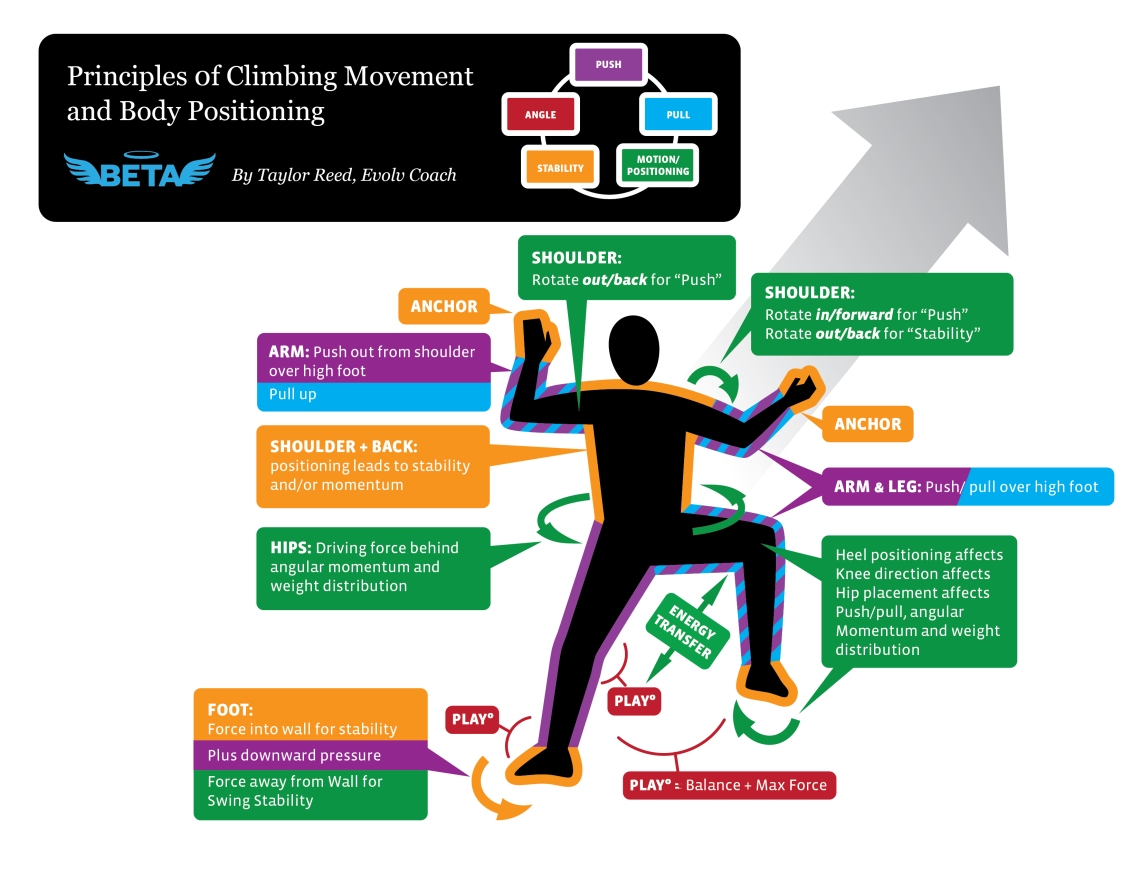 Look at the graphic as if you’re looking at the climber’s back. The left hand is high and the right foot is high. The left foot is not on a hold and the right hand is mid-reach. This move generally can be used on vertical to limited overhang. It involves “turn-out” position and a lack of a lower foot when reaching for the next hold with an opposing hand. The move is meant to mitigate against a feeling of instability brought on by poor hands and awkward hold placement which may prompt you to throw wildly for a hold.

The Individual Parts of the System