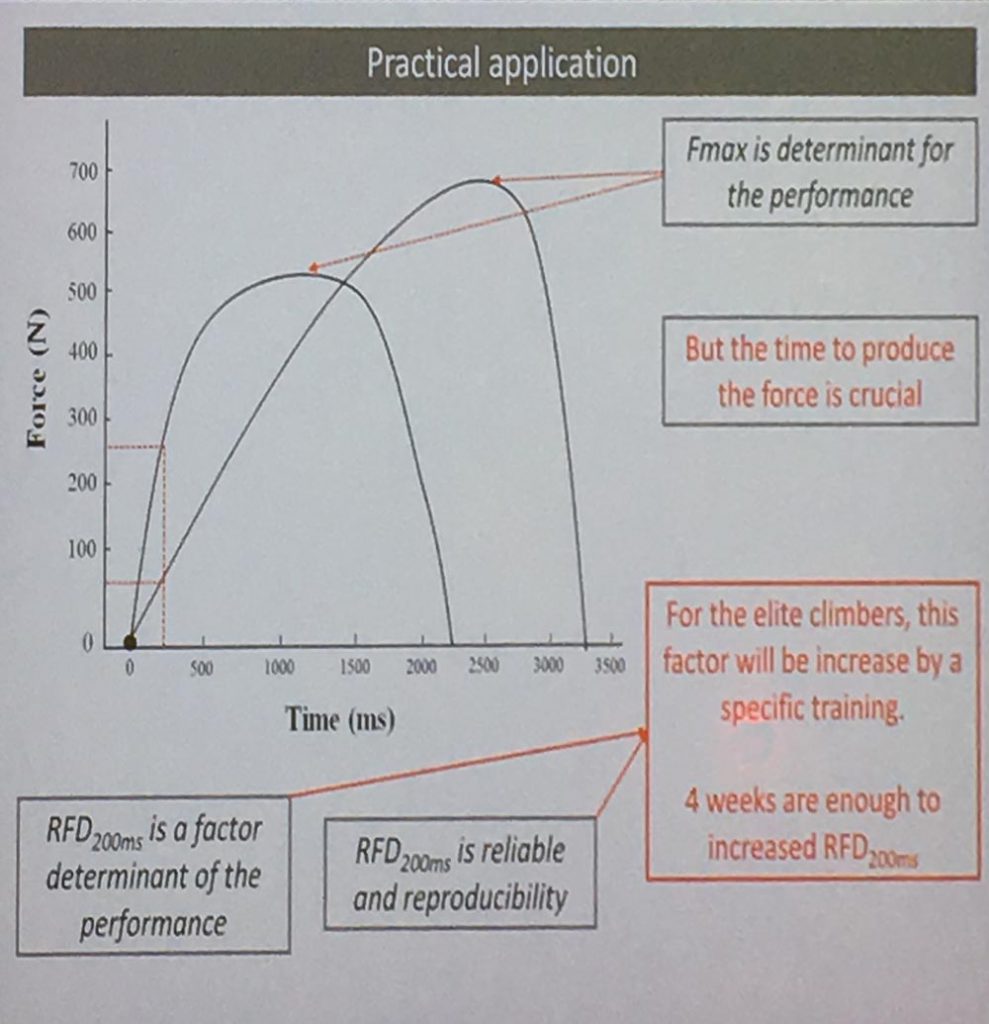 “The Strong and the Fast”

Research > Experimental Training > “The Strong and the Fast”

DANGER: this is a protocol described in a research experiment. Extreme care should be taken before choosing to follow this protocol.

Below is an experimental training protocol developed by French researchers and the French National Team’s coach.  For reference, the study is:

Context: The study (2017) was on 14 French males who climb harder than V10, have five years of training experience, no injuries within the past year, and who take part in national and international bouldering competitions.  All were in the top 20 climbers in France and 6 were in the top 20-world ranking.  The researchers wanted to see whether a control group or the test group increased the rate (RFD) at which they are able to increase their force.  Tests included: Maximal force and RFD on three holds: open hand, half crimp and full crimp.

Result: The training only improved maximal force in the open hand grip (on one hand) but researchers noted an evolution in improvement.  More importantly, the training improved RFD in all grips, including (perhaps surprisingly) the full crimp grip which was not part of the training regimen.

Fun anecdotal note: at the Chamonix conference, the researchers related how one of the weakest climbers to test was also one of the best climbers on the French team.

Note1: Due to the level of the climbers in this study, it’s hard to recommend this particular protocol.

Note2: The authors have a second study entitled “The rate of force development: a new biomechanical key factor in climbing” which they presented at the Chamonix conference.  Additionally, a separate study by V. Vereide et al looked at different measurements of RFD and found a moderate- to strong-relationship with climbing performance.