The Strength and Timing of Pace: Habits of Female World Cup Climbers

Note: You can get the highlights by skimming for BOLD text, and skip to the end for practical workouts.

One way of approaching a climber’s pace is the amount of grabbing and timing of rests over the course of a route.  In the research literature, the amount of grabbing can be broken up into exploring movement vs. performing movement.  In other words, are they using the hold to create progress or are they attempting to figure out how to use the hold to make progress, such as positioning.  I highly recommend reading Ludovic Seifert, Keith Davids, and Dominic Orth on the particulars of this concept.  Important thought leaders on the intersection of pace, resting and grabbing are Eric Hörst – who’s work on Margo Hayes and Adam Ondra should be required reading, and Udo Neumann – who’s video entitled “Factors deciding climbing comps – lead climbing 2018” suggests a similar series of pacing indicators.

The following data is meant to articulate how World Cup competition climbers grab holds over the course of a hard onsight routes.  The data are from a female World Cup Semi-Final in Haiyang, China, and a female World Cup Final in Kranj, Slovenia.  For more on how we defined “grabbing” (in other words, a climber grabbing a hold) see the methods section at the bottom.

What happens when we use Threshold analysis? 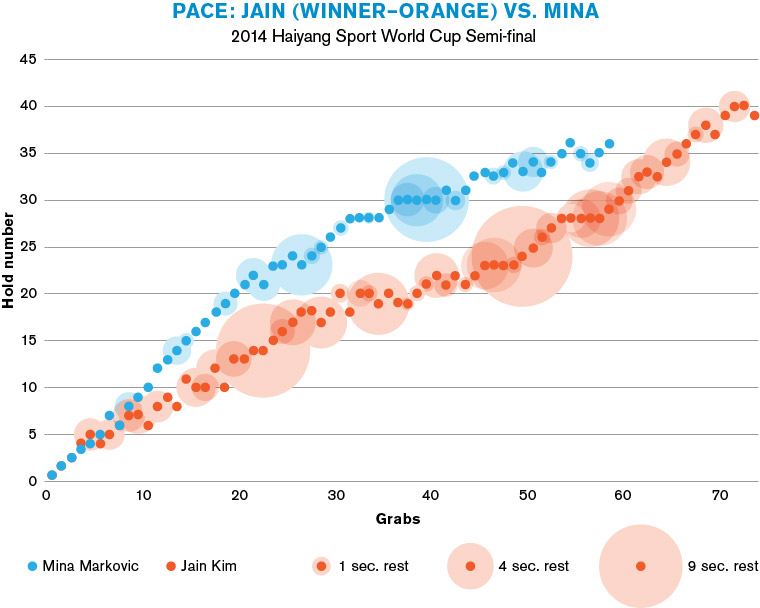 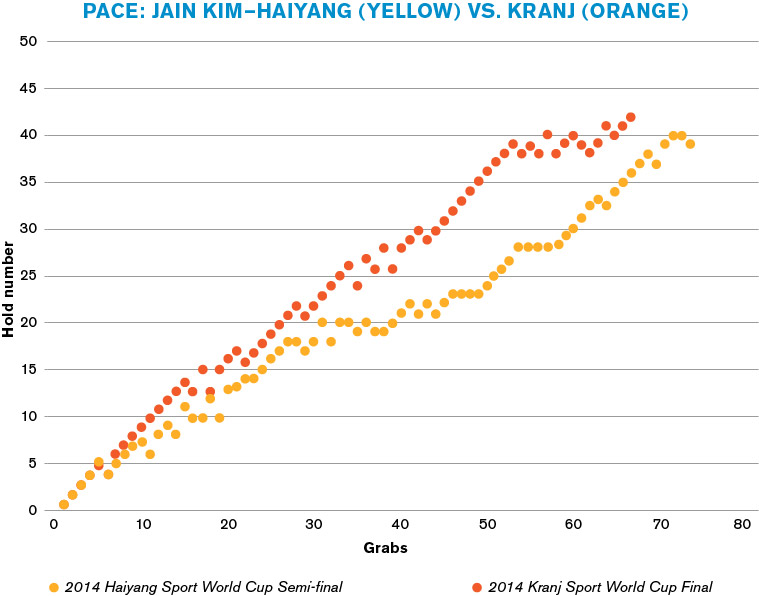 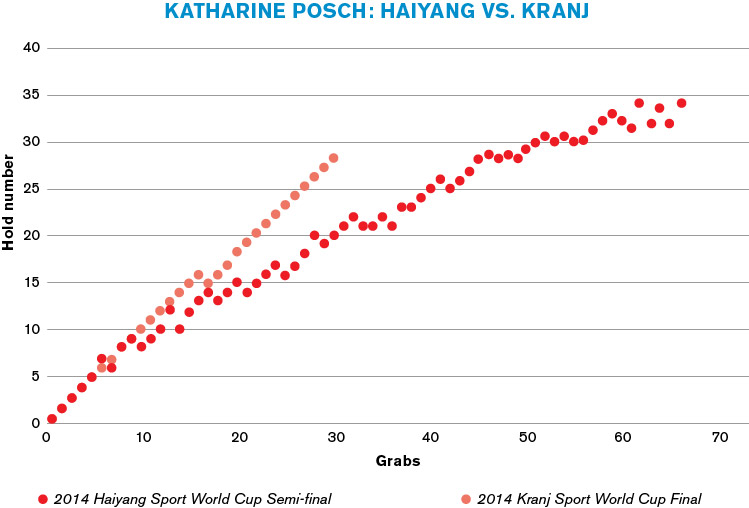 Is any amount of resting associated with pace? 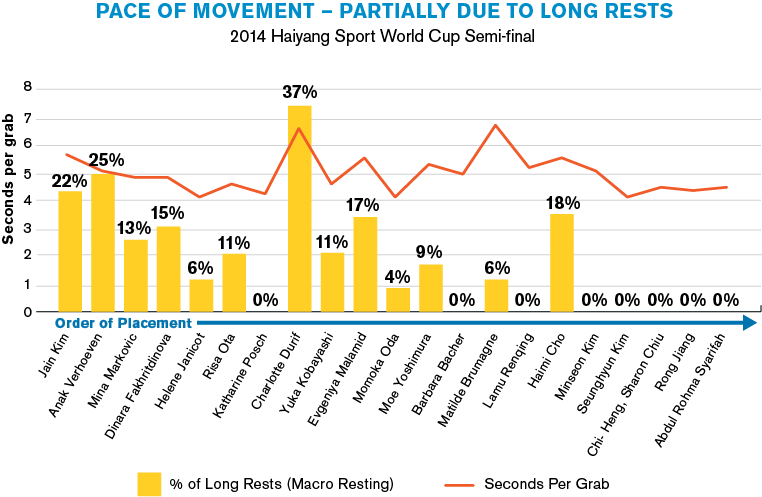 So how do I train this?  Two ways: first I push my climbers to embrace exploratory movement – specifically to learn about and mitigate the consequences.  This might sound counter-intuitive, but it’s important to note and especially important for on-sight climbing.  Second, I teach them tactics to be more efficient with their grabbing during the types of climbing (such as competition or the first time you get on a route) that requires significant learning.  Here are a few examples of some of my workouts:

NOTES based on practical implementation:

A little about the methods

Timing of rests is relatively easy to do, until you get to the mysterious micro-shakes.  But what about grabbing and how did we define it?  It might seem simple, but it is certainly open for debate.  For example, if a climber has an open hand, and closes around a hold, a reasonable individual might consider it a grab.  But what happens if the climber closes around the hold, but opens briefly and grabs again at the same place?  Was that considered one grab or two?  Did the climber actually use much energy or weight the hold enough to cause some type of fatigue? These (and others) are challenging questions.  We opted to keep it simple: for a climber to grab a hold, the climber’s hand must first be distinctly away from the hold enough to visually identify space.  To make both resting and grabbing definitions slightly more robust, we had two judges come to consensus with the occasional dispute settled by a third judge.

By Taylor Reed.  Thanks go to Aleksandra Dagunts and Joe Johnson for helping me build the data sets for this analysis.  And of course Jennie Jariel for the amazing visualization.